A little story about white privilege

In the 1960s, many people arrived in the UK from its former colonies in the Caribbean. They were encouraged and welcomed by the British government, as workers in the growing public sector. [Edit: I have learned from a very informative and referenced Twitter thread published by Akala on 1st April 2018 that this is a myth, and that all postwar British governments implemented racist and exclusionary policies towards black people who migrated to the UK.]

Albert Thompson’s mother was one of these people. While she worked in the NHS, her son was left behind in Jamaica. I can only imagine how hard that must have been for both of them. Lucky me.

My parents arrived in the UK in 1970. Like Mr. Thompson’s mother, they were entitled to enter and stay in the UK as Commonwealth citizens. They brought their child with them. 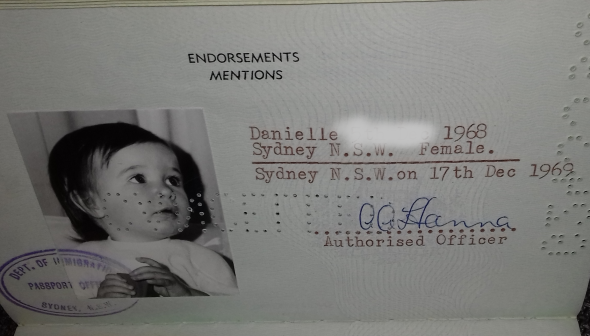 In 1971, the UK government passed an Immigration Act which removed the automatic right of Commonwealth citizens to live in the UK. Nevertheless, the act stated clearly that people who were already settled in the UK, like my parents, would not lose their rights and were to be treated as having been given indefinite leave to remain in the UK. If Mr. Thompson’s mother had already been in the UK for five years by the time the Act came into force in 1973, she would have been given the right of abode in the UK.

In 1974, Albert Thompson came to the UK to be reunited with his mother. I cannot find the relevant regulations at that time, but I expect he either had a work permit or was given leave to enter on grounds of family reunification. He was 18 or 19. He settled in the UK, found work, married and raised his children here.

Also in 1974, my parents took their two children to Australia to visit relatives. The 1971 Immigration Act had granted them indefinite leave to remain in the UK, and this was duly stamped in their passports when they returned. This tiny stamp was the only proof of their (and my) right to live here. If they had not travelled abroad, I believe they would not have been able to easily demonstrate their status. Of course, they were never asked to. 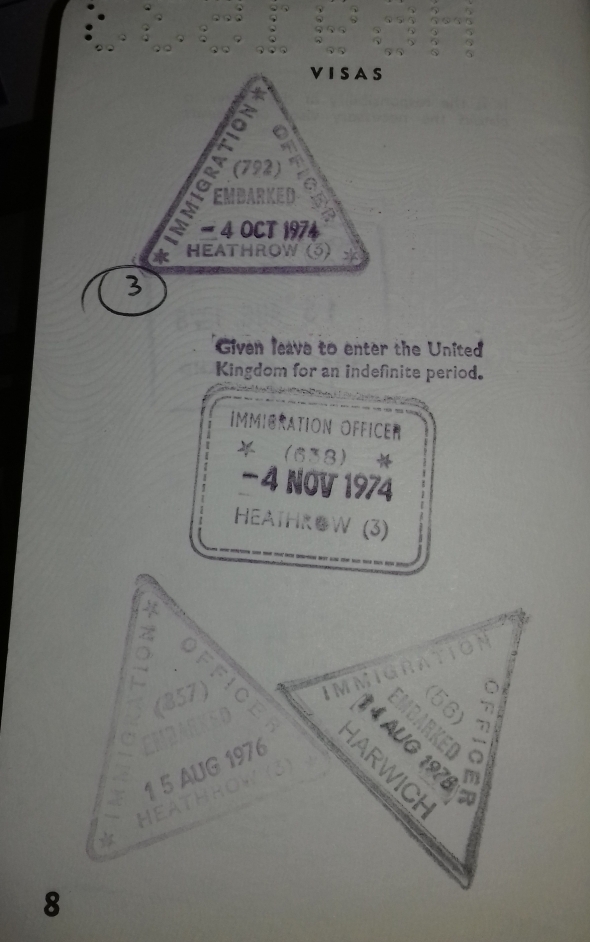 In 1981, both major parties supported the British Nationality Act, which further redefined the status of citizens of Britain’s former colonies. Among other things, it:

My family joined the protests against this Bill, understanding it to be racist in both intent and effect. At that time (as now) racism was often couched in terms of concerns about immigration, but I understood very clearly that my own status as an immigrant was never considered relevant by the boys who carved NF into the desks at school.

The measures in the 1981 British Nationality Act did affect me, but I was not their target. As Imogen Tyler argues in this excellent 2010 essay, “Whilst race and ethnicity were never directly named, the 1981 Act effectively designed citizenship so as to exclude black and Asian populations in the Commonwealth while leaving ‘routes home’ for white nationals born within the boundaries of the empire.”

The 1981 Act was the foundation of a decades-long establishment consensus on immigration that has prevailed ever since. Each successive government has tightened the rules yet further, reinforcing and feeding on popular racist myths about scarcity, overcrowding and invasion. From the 1990s onwards, both Tory and New Labour governments focused their rhetoric on asylum seekers, laying the foundations for the shameful conduct of the 2016 EU referendum campaign.

Before the option was withdrawn, I decided to apply for registration as a British citizen. This took some time. I must have applied before 31st December 1987, but my eventual certificate of registration is dated 31st January 1990. It cost money (I can’t remember how much) and I had to relinquish my Australian citizenship. I had to send in all my previous passports, with the all-important indefinite leave to remain stamp. None of this was a particular problem for me.

I was prompted to do this mainly because I wanted the freedom to travel and work within the EU, and because I didn’t fancy having to swear allegiance to the Queen as part of the naturalisation process. So I am now safe, unlike poor Albert, whose lack of documentation means he has been asked to pay £54,000 for his cancer treatment by the NHS.

Should anybody ask me to prove my eligibility for lifesaving treatment, I am ready. I had travelled abroad often, and had passport stamps to prove it. My parents haven’t moved house since 1974 and all the documents were easily available to me. I had enough money to pay the registration fee, and knew the deadline was approaching. All these things are a consequence of the dumb luck of being white and middle class.

I could have made different choices, had worse luck, been less well-informed. If I had, maybe I would be in Albert’s position.

But of course, nobody will ask me. Nobody has ever asked me to prove my right to live here. I acquired British citizenship purely for my own convenience, not because I was treated with suspicion and hostility in a country that would never truly acknowledge me as its own. That is the real privilege of my white skin.

3 Comments on “A little story about white privilege”